Hopscotch: hopscotch is also an American favorite, as an adult or a skilled child takes a piece of chalk and draws ten boxes on concrete in different areas but connected, and numbers the boxes one to ten. The children must hop in the boxes, in the order that the numbers go, without stepping outside of the box or into a different number other than the number they are supposed to be stepping in. This game can go on as long as each child keeps making it, or until one child wins.

Camel Rides: On the beaches of Pakistan, children love getting on the backs of embroidered scarf wearing camels and riding from one side of the beach to the other. It is free and usually an attainable activity for most poverty stricken areas, in which parents must accompany the kids for safety purposes.

Ounch Neech: This game is for kids who are of the ages five and older. You will need an outdoor space with a lot of bases, or obstacles. The game begins with one child who other children will see as “it”.  He chooses either ounch (up) or neech (down). If he chooses neech, then the ground is not safe; runners can only be tagged out unless they are ounch, on something like a rock. The opposite is true as well: If “It” chooses ounch, then the ground is safe so everyone remains on it. Of course, children quickly realize that it’s boring to stay only in the safe zones. The first person tagged becomes “It” for the next round of the game.

Muslims are forbidden to eat Pork, therefore, the major meats of Pakistan consists of beef, chicken, and fish. Vegetables are also an extreme necessity in Pakistan.

Mughal: herbs, spices, almonds, and raisins are in Mughal. This reigns from India, but is an important and essential part of Pakistani cuisine.

Chicken Tandoori: Although it is known as a traditional and classic meal, it is still enjoyed today. It is slow cooked in a large clay tandoors, or clay ovens.

Directions: – Remove the crusts from the bread with a knife. Cut the bread into four triangular pieces.

– Heat the oil in a frying pan (over medium heat) and fry the bread pieces one at a time on both sides until golden brown.

– In a saucepan, add the milk and sugar and bring to a boil, making a slightly thick sauce.

– Add the saffron to the sauce (optional). Reduce heat to low.

– Soak the bread slices in the milk sauce and garnish with the raisins or prunes (dried plums). Serve immediately

Directions: – Heat the oil over medium heat in a large frying pan

– Sauté the onion, garlic, and spices

– Add the water and bring to a boil

– Reduce heat to low, cover, and simmer until lentils are tender, about 45 minutes

– Remove the cover and simmer over low heat, stirring frequently, about 20 more minutes (until lentils are mushy and thick).

Directions: – In a saucepan, add the water, salt, peppers, and chili powder to dried plums.

– Bring to a boil and cook until plums are tender, about 5 minutes. Reduce heat to medium and add sugar.

– Stir, and cook until the sugar melts and the mixture thickens, about 2 minutes.

– Add the vinegar and bring the mixture to a boil, about 2 minutes.

– Serve warm or at room temperature as a condiment with roti (bread), meat, or vegetables.

Simple Desserts To Make and Enjoy

Directions: – Combine all ingredients in a blender and blend until smooth

Directions: – Combine the rice and milk in a large saucepan and bring to a boil.

– Reduce heat to low and add the sugar and nuts. Stir.

– Cover and simmer for 10 minutes.

Directions: – Combine all ingredients in a large bowl.

Children’s Day in Pakistan is celebrated on two days annually. Those days are June 1st and November 20th. On these days, the elders celebrate with their children how a child’s life should be and not what they more than likely become. Stories are shared, lessons are taught, and family time is spent well.

Mini Golf is extremely popular in Pakistan, for families who need to allow their children to engage in summer activities. Even though it can be 100 degrees or more, this activity is still enjoyed, as well as camel riding.

Children love riding the backs of camels on the beach from one side to the other. The camels have embroidered scarves with jewels and beads, and the children love them!

Karachi is Pakistan’s former capital, and it is located on the Arabian Sea. This city is absolutely beautiful and has many attractions such as shops, restaurants, and more.

Pakistan traditional clothing is designed to cater to the conservative culture of which it derives.

Salwar kameez (shalwar qameez): national attire of Pakistan, looser pants that flare out at the bottom and tied at the waist with a drawstring. This is worn during festivals, and is important to both men and women. The kameez is large and loose fitting tunic worn with the baggy salwar. Women also use a dupatta with the salwar kameez. Dupattas are long yards of cloth available along with the salwar kameez because their color and pattern is coordinated as per the whole outfit piece.

The conservative ensemble represents the conservation of the Islam culture, in which the beliefs and customs are thoroughly shown within it. Women are usually clothed from head to toe, in an attempt to respect their husbands and not offend other couples.

South Asia as well as Central Asian, Persian, Turkish, Arabic and modern day Western popular music influences Pakistan’s musical genres. Drums are an instrumental favorite, as they bring out natural sounds. There is hip hop, rock, folk music, pop, and many other westernized genres as well, each having their own particular mixed sound from other places. 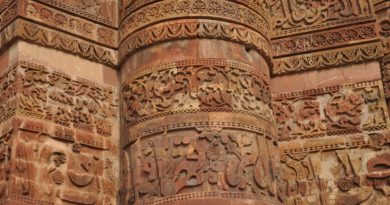 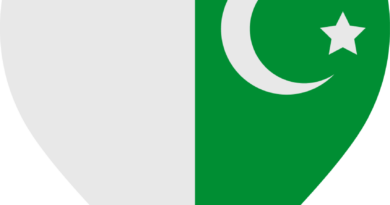