Because of the young population of Turkey,  it is so common to see children playing social games on the street. Perhaps the three most popular games are Korebe, Saklambac and Uzun esek.

Korebe (blind catcher) is a game where “ebe” (it) tries to catch other kids while blindfolded. The kid that gets to be caught or touched by “ebe” becomes the next “ebe.”

Saklambac is the Turkish version of hide-n-seek.

Uzun Esek (long donkey) is played mostly by boys. In this game, simply players jump over the back of an ebe (it). In some different versions of the game, just like riding a donkey, players get to sit on the back of the ebe for a short while. 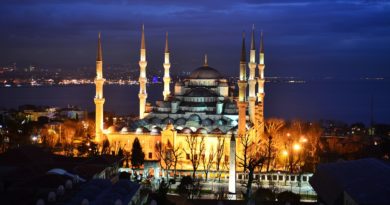 One thought on “Turkish Children’s Games”