Thailand is a popular tourist destination in Southeast Asia.  The country has clean beaches, thick jungles and interesting foods to sample.  It is also home to beautiful, old temples.  Here are some popular places to explore.  You will see that many of them are islands known for their lovely scenery, beaches, relaxation and water activities.

Ko Taruto is one of the 51 islands that belong to the national marine park archipelago in southern Thailand.  One of the island’s greatest attractions is the wildlife of sea turtles, whales, monitor lizards, crab-eating macaques and mouse deer.  Try out a beach, see a waterfall and enjoy hiking the island.

Ayuthaya was founded in 1350 A.D. by King U. Thong.  It was the second capital of Siam and a trading capital between China, India and the Malay Archipelago.  In 1700, it was one of the largest cities in the world with one million people.  In 1767, the city was destroyed by the Burmese Army.  The kingdom ended.  The city was re-built a few kilometers to the east of the ruins which make up the Ayuthaya Historical Park.  You can tour the park and see the remains of temples and palaces, two types of stone structures of long ago.

Ko Chang is an island near the border of Cambodia.  It is the second largest island in Thailand and the largest in the Ko Chang Marine Park archipelago. You can enjoy the many waterfalls, coral reefs, rainforests and white sandy beaches.  On your hike you can see some of the wildlife of birds, snakes, deer and elephants. Bangkok

Bangkok is home to the Grand Palace of the Old City of Wat Pho which was where the kings lived until the mysterious death of King Mahidol in 1946.  The city was built with many architectural styles to blend Thai with western architecture.  It includes the Wat Phra Kaew, home of the Emerald Buddha, one of the oldest and most famous statues of Buddha in the world. The floating markets on the Chao Phraya River and waterways and the Chatuchak Weekend Market are fun to visit, as well as Chinatown and Jim Thompson’s House and Museum of Thai art, antiques and silk products.

The Similan Island in the western Andaman Sea is considered an excellent place to dive.  There are nine tropical islands with white sandy beaches.  The eastern part of the island offers gently sloping coral reefs while the western part features large, granite boulders covered with corals.

Chiang Mai is a top-rated Thailand attraction.  The famous Night Bazaar spreads along several city blocks.  The bazaar sells handicrafts, art and clothing among the nearby modern shopping centers.

Rai Leh Beach is a small peninsula with high limestone cliffs that cut off the mainland.  Therefore, it is only reachable by a boat. The cliffs are enjoyed by rock climbers from all around the world.  It is a place of beautiful beaches and a quiet atmosphere.

Phang Nga Bay is one of the most scenic areas in the country.  There are beautiful caves and sea grottoes.  A popular way of visiting the area is by kayak.

Koh Tao means Turtle Island.  It is a small island located near the eastern shore of the Gulf of Thailand.  It is a wonderful place to dive around the island reefs.  It is very clean and you can see down 15-20 meters.

Ko Phi Phi is a small archipelago in the Krabi Province in Southern Thailand. It is the largest island of the group and it is the only island with residents all year round. 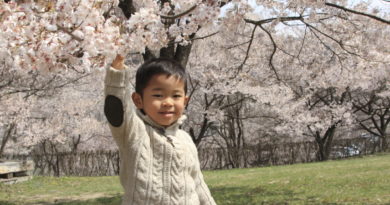