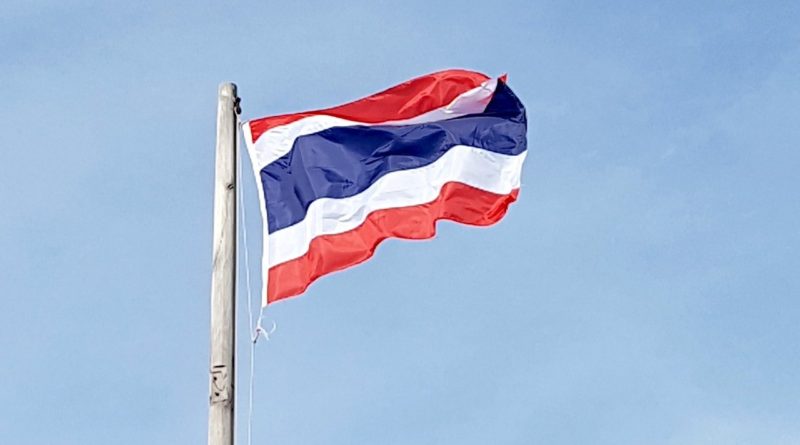 Flying kites is a favorite activity for children.  It is even a competitive sport in Thailand. Takro is another sport.  It is played by keeping a ball in the air by using mostly your feet, knees and chest. The ball is passed from one person to another.  The goal is to make a basket.

Thailand’s flag has five horizontal stripes (red, white, blue, white and red).  The middle blue stripe is twice as wide as each of the other stripes. Red stands for the land and people, white for Buddhism and blue for the monarchy, King Rama VI. He was the sixth ruler of Siam who helped the country move towards nationalism and more independence.  The country is a constitutional monarchy which means it is ruled by a king and queen.