1)      The Boatman: the objective is to obtain the longest number of elements to win the race. Two children hold hands and pick a name: an animal, fruit, countries, anything without anyone hearing. All other kids form a line and sing “oh Lord Boatman let me pass, I have little kids, cannot sustain, I have (country or fruit, etc.), pass-pass away.” When they all pass under the arch formed, the last two kids add on to the arch. By the end of the game everyone should have joined the arch forming a long bridge that falls.

2)      Snail: the objective of this game is to get the center of Caracol without losing. The way to play is to draw a large circle-spiral on the ground. The first player throws a rock, and then tries to kick the stone inside of the spiral without kicking the rock out of it.

3)      Wheel of Cabacinha: the objective of this game is balance; running as quickly as possible without falling or dropping hands. The way to play is to get two kids to join hands, allow them to begin running slowly in a circle while hands are joined. Pick up speed when somebody else says “Cabacinha wheel! Wheel!”

Cinnamon and curry powder is a Portuguese legacy, and so are onions, garlic, cloves, olives, and grapes. Fresh fish, shellfish, pork and other meat will be found on any plate in Portugal. The following dishes are the most common of Portuguese cuisines:

3)      Lunch: “Caldo Verde” is a soup usually made with potato, shredded cabbage, and sausage

1)      In a large saucepan, simmer the chicken breast with the onion, parsley, lemon zest, and mint sprig until done (35 minutes)

3)      Strain the broth, return to pot, and bring to a boil. Add pasta and chopped mint, cook until soft.

2)      Turn dough onto lightly floured surface. Knead until smooth and elastic for 5 minutes. Place in bowl, cover, and let rise for 2 hours.

In Portugal along with its other former colonies like Cape Verde and Angola, Children’s Day is celebrated annually on June 1st. This day is to celebrate children and their innocence, and how much they mean to their elders. There are parades, festivals, and small family gatherings.

1)      Since the eighteenth century it has been illegal for the bull to be killed in Portuguese bull fighting.

2)      The official flower of Portugal is the lavender.

3)      Portugal is home to the first wave farm, which creates electricity.

5)      In Roman times Portugal was known as Lusitania.

1)      Praia da Luz: West of Algarve, Portugal, it is a common and beautiful beach resort. It holds many amenities and is very close to the Lagos Islands.

2)      Shopping: Everyone in Portugal urges an ultimate shopping experience. Known for their hand -made crafts, embroidered linen, jewelry, and pottery, it’s an excellent place for souvenir shopping.

3)      Dolphin and Whale Watching: take your kids to see the whales and dolphins of Portugal. Off the coast of Portugal, you can see bottle-nose and Risso dolphins. This offers an experience your child won’t want to miss.

1)      The Festas de Cidade e Gual terianas or ‘City Festival and Gualterianas’, early August, a week-long festival with music, bullfights, parades and so much more.

2)      Jazz Festival: held in Guimeraes in November is a festival for jazz enthusiasts. Jazz artists from all over the world come which brings in much revenue for Portugal.

3)      ‘Festival de Marisco’ or seafood festival of Portugal. A plethora of seafood is available, and people from all over will arrive to partake in this event.

The traditional Portugal music is called fado. Known for its melancholy lyrics and sounds, fado is Portuguese for ‘fate’ but the music is very spirited and passionate. It is a musical diamond for Portugal. Folk music and dancing is also Portugal’s tradition. Portuguese music is typically about love, and extremely personal. There is also modernized music such as pop, rock, and even a little country in urban Portugal.

1)      Appearance is extremely important. Everyone is fashion conscious, and clothes indicate social standing.

2)      Portugal represents and respects hierarchy. The society is highly stratified and rank is essential.

3)      If you’re invited to a home, bring flowers, good candy or chocolate. Do not bring wine, lilies or chrysanthemums. A handshake is acceptable.

Appearance in Portugal is extremely important, while most Portuguese are fashion savvy and are considered to be of certain ranking by the way an individual dresses. Best standard textures and fabrics are preferred. Urban Portuguese dress Western, and modernized. In the rural areas, the dressing is much more traditional. 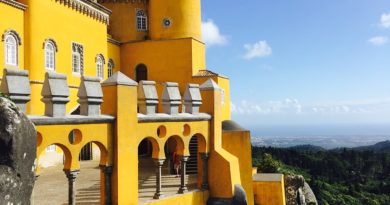