Count Dracula’s Legend – has been inspired from the life of a real Romanian prince Vlad Tepes (the Impaler).  He was also named Vlad Dracul (Devil).  He was cruel with his enemies.  Moreover, in order to eliminate corruption and steels from the country, Vlad Tepes (named Dracula by his enemies) used strange methods of punishing them, like the impaling.  Legend said that everyone was so afraid not to be punished that on the road all fountains had gold cups and nobody dared to steel them.  These days, Romania is known all over the world like Dracula’s country.  Anyway, Vlad Tepes has nothing to do with Dracula movies with vampires.

The legend tells that a team of ten workers supervised by Master Manole wanted to build a monastery (Curtea de Arges Monastery).  What they were bulding during the day was destroyed at night.  Manole had to immure his living wife in the church’s walls.  This was the supreme sacrifice for creation.

Once upon a time there lived a king who had three daughters.  One day, the king asked the oldest daughter: “How much do you love me?” “Father, I love you like honey”, she replied.  The second girl answered “Like sugar, father”.  The youngest girl said: “Like salt in dishes, father!”.  The king was extremely angry.  The youngest girl had to leave the palace because her father did not understand that salt was as precious as sugar and honey.  The king’s daughter worked as a servant at another palace.  She was hardworking, honest and extremely beautiful.  The prince from the castle decided to marry her.  At the wedding, they invited the girl’s father.  All the wedding attendants thought that the meal was excellent, except the bride’s father.  The youngest daughter used only sugar and honey for her father’s meal.  No salt at all.  He finally realized that salt is extremely important.

Iele – mythological Romanian characters similar to fairies.  They have supernatural powers.  Ielele are beautiful young virgins who show up in groups of 12.  They are dressed in white and wear flowers in their hair.  In case you upset them, ielele start singing and you will be charmed by their song.  They will start dancing around their “victim” and curse him or her.

Represents the Romanian beauty from fairy tales.She has a very long blonde hair.  She defeats the evil forces and she eliminates all the obstacles from her way only  because she is very brave, smart, modest and honest. 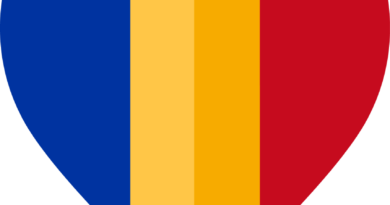 Best methods to learn Romanian: How to teach children Romanian