The main peculiarities in the Finnish alphabets are the last letters Ä and Ö. Finns refer to them as ääkköset, playfully changing the Finnish word for alphabets, aakkoset. The letter Å, is commonly known as “The Swedish O”, since it actually isn’t used in Finnish words.

Of the letters in the Finnish alphabet, many are not used in typical Finnish words. Letters such as Q, X or Z don’t exist in the Finnish language. Some others, like B, are mainly used in new Finnish words that have been derived from the English language: banaani – banana or bussi – bus. Finns have also developed this funny habit of changing common foreign words to sound and look like Finnish, by adding an “i” at the end.

Finnish language has a very difficult grammar but basically the pronunciation has simple rules. Each letter stands for one sound and is pronounced in the word. Vowels and consonants may be either short or long – short sound is written with a single letter and a long sound with a double letter. This can be the tricky part when learning to pronounce Finnish words, because it is essential to recognize the difference between such words as tuli (fire), tuuli (wind) and tulli (customs). The mains stress in Finnish is always on the first syllable, although it might be spoken so softly a foreigner might not even notice this.

The ”ääkköset”, letters Ä and Ö, can be difficult for non-native speakers to pronounce properly, especially in combinations. Try yourself with good night greeting “hyvää yötä” or good day “hyvää päivää”. Don’t forget to distinguish the short and long sounds!

Luckily, Finns in general speak very good English so no need to worry if learning to speak Finnish seems too difficult. 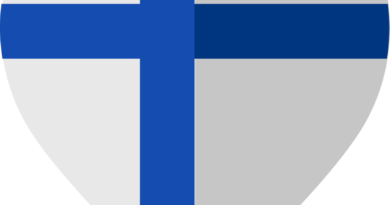 Best methods to learn Finnish: How to teach children Finnsih