The Danish language belongs to the Germanic family language within the Indo-European languages. The language is similar to English, German, Swedish, Norwegian, and Icelandic, all of which descend from the ancient Teutonic language.

There are about 5.5 million speakers mainly in Denmark, but also in Greenland, Germany, Norway, Sweden, Canada, the UAE and the United States.  Danish was the official language of Norway and also Iceland.

The first written work of Danish literature was Gesta Danorum (History of the Danes) written in Latin to record the early history of Denmark and includes Scandinavian myths and sagas, including the Hamlet story.

The letters C, Q, W, X and Z are only used in words from other languages.  Before 1948, the sound written å was written aa, which can still be seen in some place names such as Aalborg and Aabenraa.

Children’s songs are about special times of the year, fun activities that children like to do, and include finger plays and action songs. Here is a list of popular Danish songs: 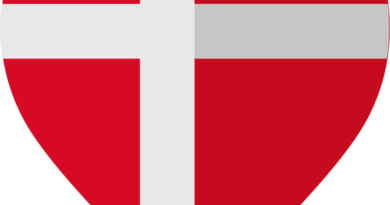 Best methods to learn Danish: How to teach children Danish

2 thoughts on “Danish Language and Alphabet”