The Croatian language is a Slavic language. That means it is similar to Czech, Slovakian, Russian, and it is very similar to Serbian.

There are three different dialects in Croatian. You can say “what” in three different ways – “što” (shtoh), “ča” (tscha), and “kaj” (kuy). Three Croatian dialects are called after these three words. Dialects can be very different from each other. Sometimes people living on one end of the country can have trouble understanding someone who lives on the other side of the country.

Croatian alphabet has 30 letters. It doesn’t have letters q, w, x, and y, but when people spell foreign words like New York, they will use those letters.

The alphabet does have letters like č, ć, dž, đ, š, and ž. People often confuse č and ć, and children in school don’t really like when that comes in their tests.

Each letter of Croatian alphabet is always read the same way. Here is how to do it:

R – it’s called rolled R, like the sound you would make when trying to imitate a sound of the old car using the sound r 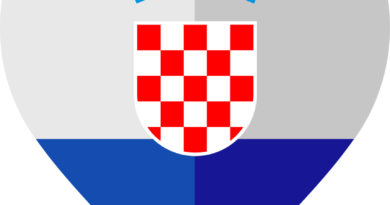 Best methods to learn Croatian: How to teach children Croatian