Latium is the region of central western Italy where the city of Rome was founded.  It grew to the capital city of the Roman Empire, a cultural and political center from a small triangle of land located on the left bank of the Tiber River.  On the opposite side of the river was the city of Veii.  Italic tribes surrounded Latium.  Eventually, Rome defeated Veii and also the Italic neighbors so this area could expand.  Today, this region is called Lazio or Latium in Latin.

Lazio is one of 20 regions in Italy covering 17 kilometers. It includes the provinces of Frosinone, Latina, Rieti, Roma, and Viterbo.  It was part of the Papal States, the territory of the Vatican until the 1860s. The capital of this region is Rome which is also the capital of the Italian Republic.

Lazio is home to about 5.2 million people.  Today this area borders Umbria, Marche, Abruzzo, Tuscany, Molise, and Campani.  To the east is the Tyrrhenian Sea.  The Ponzian Islands, opposite the southern coast, are part of Latium.

There are many national parks, lakes and rivers, mountains and a coastline which all help attract tourists to the area. Circeo National Park is home to 25 species of migratory birds, oak forests and the largest number of animal species in all of Italy.  There are also underground caves to explore. The countryside has mountains to the south and east, with hills in the north.  The climate is mild.  The third largest river in Italy, the Tiber, runs through this area.

The tribes who lived in Latium spoke an ancient language which led to the Old Latin language and later Latin and the Romance languages.  The earliest known tribe was called the Latini who were descended from the Indo-Europeans.  They lived about 20 kilometers (12 miles) southeast of Rome.  A large, extinct volcano and a crater lake were in the middle of this territory.  On the second highest peak called Monte Cavo there was a temple to Jupiter. This is where the Romans held their ceremonies.

In early Rome, grandparents lived in the same house as their children and grandchildren. The head of the family was the oldest male.  The women’s role was to take care of the children.  During the first century A.D., family life changed.  Now the women had more rights.  They could own land and run a business.  They could free slaves and even get a job. 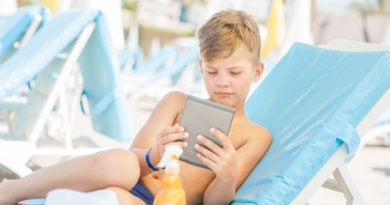