Ireland is not always thought of as being a country with amazing food, but they are actually home to some very great meals.

Ireland has always been a nation of farming, and that means that they end up eating a lot of very fresh, very healthy food. It is not uncommon to find cows, pigs, and chickens in many people’s back-yards.

Ireland can be a cold and rainy place, so some of their best dishes are the ones that keep people warm and satisfied. This means that the Irish people frequently eat a lot of stews and soups, meats, casseroles, and fresh breads. Though potatoes didn’t enter into their cooking until the 1500’s, they are now a very large part of the Irish diet, and it is quite easy to find them in their dishes.

One of the dishes Ireland is best known for is bacon and cabbage, which is exactly what it sounds like. Unsliced back bacon, cabbage, and potatoes are boiled up and served, sometimes with other vegetables. Irish Stew is another frequently-seen staple of the Irish diet. It is a stew usually made from lamb, potatoes, onions, and Parsley.

It is easy to learn about the connection between Irish farming by looking at the dishes they cook. The Irish Stew and Bacon and Cabbage are very simple dishes and they show what what available to the people. Irish citizens often raised their own animals and grew their own vegetables, so their cooking usually involves the ingredients closest to them.

Of course, Ireland is a small island, so there is quite a bit of coastline to catch dinner in. In the West, Galway is a coastal city that produces lots of oysters, and in many of the fishing villages, trout, salmon, and pike are some of the most widely enjoyed fish on the market.

Though it wasn’t until the last 200 years that meat became more easily available to people in Ireland, it is now an important staple of their diet. Dairy has also become a very big part of Irish culture. The country is known world-wide for its excellent milk and cheese, like the Dubliner Cheddar Cheese (although it is made in County Cork, not Dublin).

Another big part of Irish cuisine is their tasty bread. Nearby in western Europe, one is likely to find all manner of sweet pastries and baguettes. In Ireland it is not too hard to find such treats, but their best known bread is Soda Bread. It is a very hearty bread that changes a bit depending on where you go. In Ulster, for example, one might find a whole wheat version of Soda bread called Wheaten bread. All over the country bread is a staple food that goes perfectly with their piping-hot stews and soups. From Potato bread to Soda bread, it isn’t too hard to find exceptional and healthy bread in Ireland.

Since Ireland is the home to such exceptional dairies and bakeries, finding a sweet treat is an easy feat. On a cold day, warm scones, sweet breads, and other toasty baked goods are easy to come by. 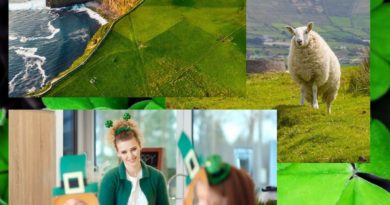 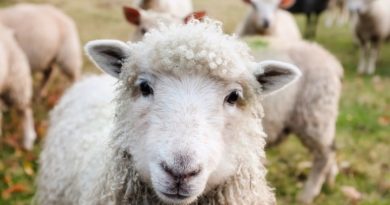