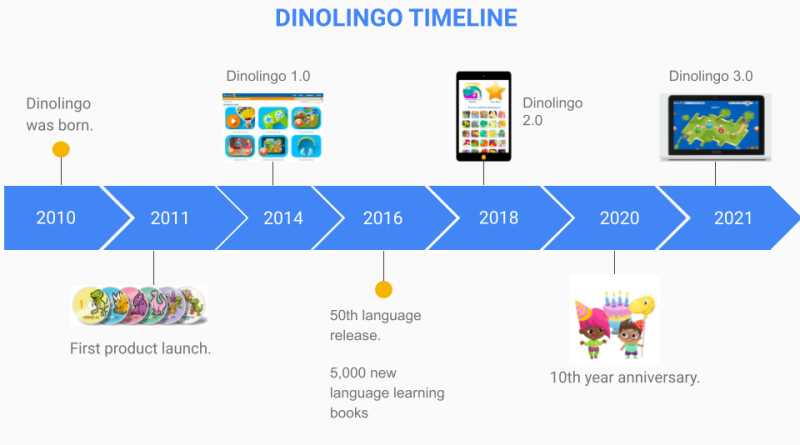 Dinolingo® language learning program is developed, produced and distributed by Dino Lingo Inc; is an education technology company dedicated to helping deliver the best foreign language education to children using the latest technology. Founded in 2010, the company has been growing steadily by adopting technical changes in the education industry each year.

Serdar Acar, the founder of DinoLingo, ended his hopeless search to find an age appropriate, engaging language learning program for his child.

May 1st 2010 – The Dinolingo was born. Serdar, with a background in TV productions, along with his brother, a professor in marketing, after consulting with a number of educators came up with the theory of an entertaining language program for children.

July 2013 – 200 contributors; teachers, translators, language experts, artists, musicians and actors involved in the massive project, the company releases its 34th language course and adds more products into its packages, such as flashcards, posters, CDs and books.

August 2018 – DinoLingo 2.0 was launched. The new online website and app is launched by adding bunch of new features, the gamification technique and expanding the curriculum. We also released an app to go with it.

December 2021 ~ Dinolingo 3.0 was launched. A resigned website and app with a new business model, a new structure, detailed reporting tools and more content.

Is Dinolingo and Duolingo the same company?

Learn Spanish for kids with Dinolingo