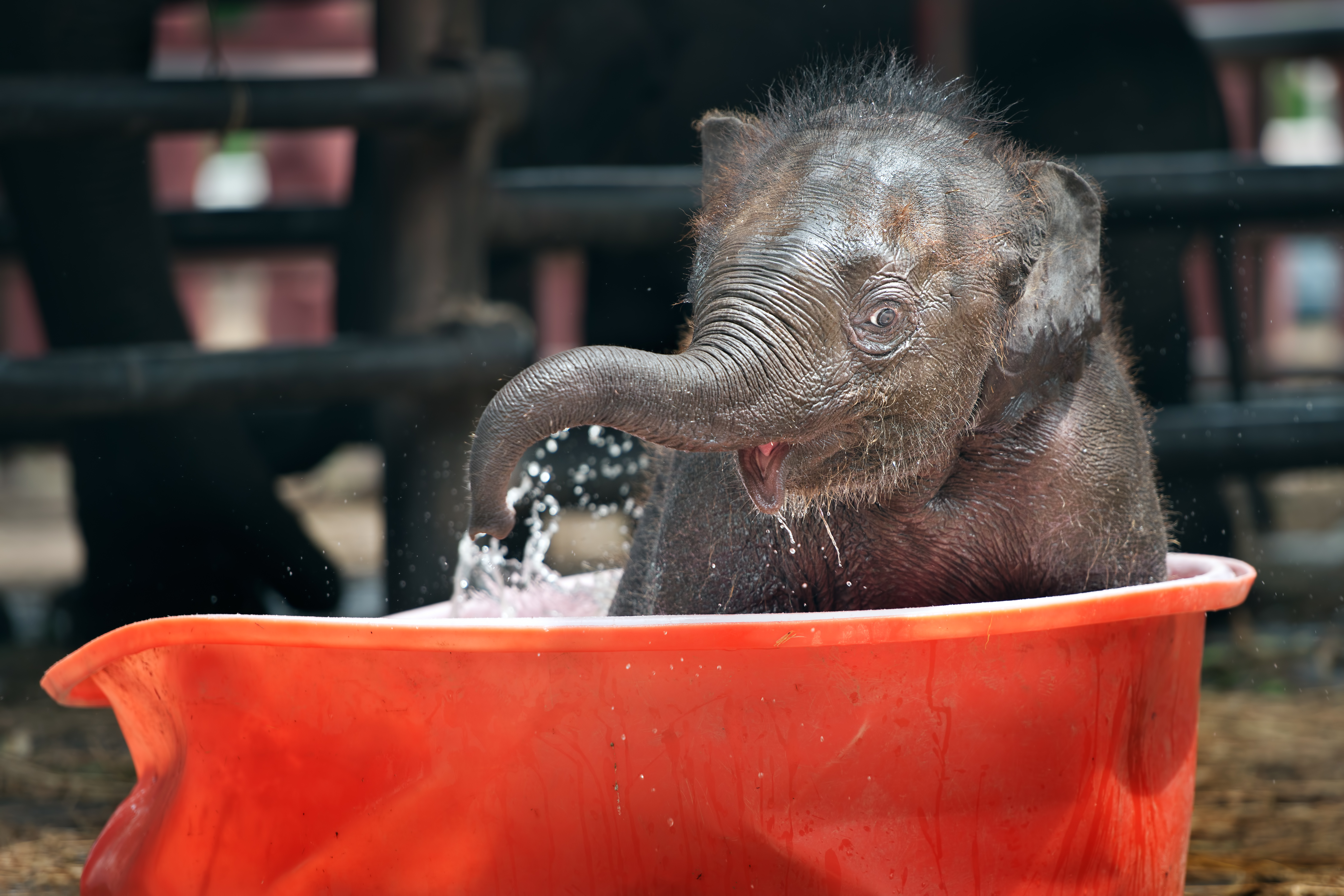 DINOLINGO  Who knows if it’s true that “an elephant never forgets,” but one thing that definitely is true is that elephants are some of the smartest animals on the planet. As the largest land animal in the world, elephants also have the largest brains.

While most of their brains are used for smell, hearing, and telling their bodies what to do, elephants have also been known to show human emotions like grief and compassion, they can learn to use tools, and they love to play. Who knew that elephants were so amazing! Because elephants are so big, a healthy adult elephant does not have any predators who can harm them. However, baby elephants and sick elephants can still be in danger.

Two of the most noticeable things about the elephant are their trunk and their tusks. The elephant’s trunk is its nose, but they also use it the same way people use their hands! As for the tusks, these are used for digging, for marking territory, and sometimes even as weapons. And the coolest thing of all about the elephant’s tusks is that they never stop growing. Elephants usually live for between 50 and 70 years.

If nothing else, those are some pretty long tusks by the time an elephant dies!

One thought on “Elephant Facts – Animal fun facts for children”