While France might look little compared to a country like Canada or the United States of America, it is the biggest country in the whole European Union. Also, France has a whole bunch of land in other parts of the world, like in North America, South America, the Caribbean, and the Pacific Ocean. It might not be so bad to be a mayor of a town in the Caribbean, huh!

France has the 20th largest population in the world, with about 65 million people. Almost 12 million of these people live in Paris alone, and the rest are spread out over the rest of the country.

Paris is the capital city of France, and it is also one of the most popular vacation spots in the world! Even though Paris is known for being a very expensive city to visit, it attracts about 45 million visitors each year! Some of the other major cities (and popular tourist spots!) in Europe are Lyon, Marseille, and Nice (which sounds like this: “Nees”).

The flag of France has a white stripe down the middle, with a blue stripe on one side and a red stripe on the other. People who speak English usually call the French flag the “French tricolor” or even just “the tricolor.”

French cuisine (which is the fancy way of saying “French food”) is considered to be some of the best food in the world! Food is a very important part of French life, and people come from all over the world to eat the food they prepare. Some of France’s most famous foods are their wines and their cheeses, and their food has had a big influence on a lot of the food that Americans eat every day.

France is known for their culture (which is another way of saying that they are known for being fancy), and their long history of classical music is one of the things that has come from this! France is one of the most important countries for classical music, and this has been a big part of their lifestyle for a long, long time.

For a long, long time the country of France used the Franc for their money, but now they use the euro, which is the currency that almost all of Europe uses. The euro is the strongest currency in the whole world!

French is the only official language of France, and it is the language that almost everyone speaks, but there are some other languages that people speak as well. These are called “regional languages,” and they are languages that have been around in certain areas for a long, long time! 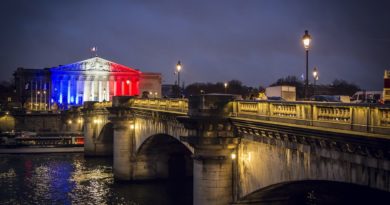