Although religion is mentioned above, 74 % of Albanian people are atheists. They never go to church or mosque. Albania was the only officially atheist nation the world has ever known.

Nowadays Albanian Legal System is being integrated into the Euro-Atlantic legal system, but in some rural areas, The Code of Lekë Dukagjini is still being practiced. This code is a set of traditional Christian Albanian codes and laws developed by Leke Dukagjini. Although Kanun is not legal today, it is widely respected and still practiced in some parts of Albania and Kosovo. This code has influenced the Albanian culture with a focus on the sections of family and marriage. According to this Code Albanian men and women were not allowed to choose their wives or husbands by being attracted to them. Instead, their parents interfered and made such decisions. Still, according to this Code, the definition of marriage is “to form a household, adding another family to the household, for the purpose of adding to the workforce and increasing the number of children”.

There are many famous places in Albania where you can still find their own culture and tradition.

One of them is KrujaCastle. This is a castle in the city of Kruja and the center of Skanderbeg’s battle against the Ottoman Turks. It is a center of tourism in Albania and a source of inspiration to Albanians.

Another famous place lies in the southern part of Albania and it is called Butrint. It was an ancient Roman city in Epirus but now it is an archeological site near the city of Saranda. It attracts many visitors each year.

Rozafa Fortress is the place where you can find the old world charm. It is a castle near the city of Shkodër, in northwestern Albania, one of Albania’s oldest and most historic towns, as well as an important cultural center. It rises imposingly on a rocky hill, 130 meters above sea level.

Mt Dajti National Park is a weekend gateway where you can relax and leisure. It is situated in the northeast of the capital city of Tirana. All kind of flowers and different climate zone is the striking feature of this place. This is an ideal place for people to enjoy walking in a peaceful and quiet surrounding.

Ionian coast is another famous place among different famous places in Albania. It is known for beautiful beaches where people can enjoy swimming along the Ionian and Adriatic coasts.

Albanian Customs and Etiquette, and Values for Kids 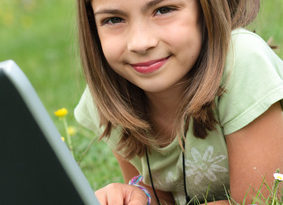